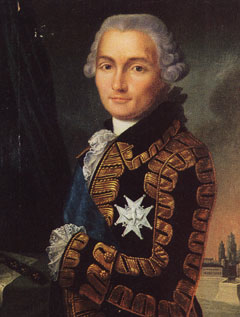 … Rochambeau was originally in training to be a priest?

… Rochambeau was wounded in the leg and near his eye in 1747 as a young soldier at the Battle of Laufeldt, War of Austrian Succession.

… Rochambeau took  another bullet in his thigh in 1760 at the Battle of Clostercamp, Seven Years’ War.

… Rochambeau suffered most of his life from those wounds, even at the Battle of  Yorktown, VA.

… Rochambeau rode countless miles on horseback in spite of his leg wounds.

… Rochambeau expected his soldiers to attend church services whenever possible, and he marched with a priest in his company.